IT STARTED WITH A FEW SWEATERS…. 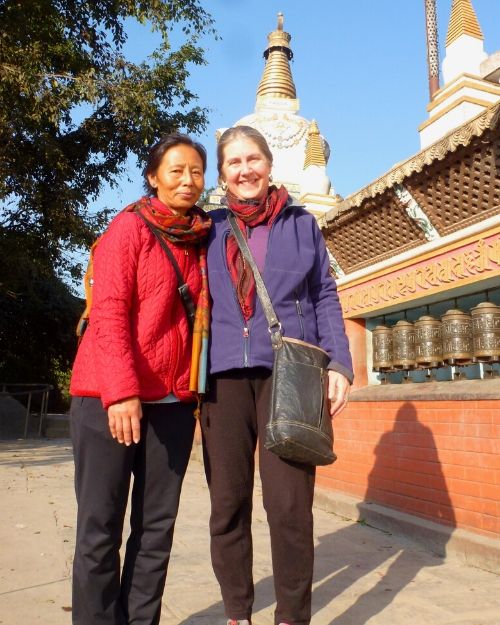 When we arrived in Kathmandu in 1984, we had no idea that the experience would be a defining moment in our lives. Having just graduated from Huxley college of Environmental  Studies at Western Washington University, Nepal was one of our first stops on an 8 month trip to explore what other countries were doing in regards to the environment. Prior to departing on a month-long trek through the Himalayas, we bought two wool sweaters from a Tibetan refugee family. We were amazed by how well the sweaters performed in harsh conditions and when we raved about them to the family, they replied: “Do you know how we can market them?”

Unprepared for that response we weren’t sure what to do but recognized that putting money directly in people’s hands allowed them to build the lives they wanted. So, with an initial investment of $400, we bought sweaters and socks and shipped them home to Spokane, Washington. Six months later, returning from our trip, and surprised to see the boxes had arrived, we presented a community slideshow and put the Nepali goods out for sale. People loved it! They loved the items and the concept that these families were making them to send their children to school. It became apparent to us that providing a fair wage and access to the U.S. market could offer economic empowerment. We had made the initial contacts and decided to dive in.

“Our initial foray into what we now call ‘fair trade’ began innocently with the purchase of two wool sweaters from a Tibetan refugee family. We are proud of our association with the Tibetan community and wouldn’t be where we are today without them, their honesty, their compassion and their hard work.” — Ric Conner

Our venture soon turned into a full time business. With the goal of supporting work that enhances people’s lives and traditions, we began establishing partnerships with small cottage industries and development aid projects. When we chose our partners in Nepal, there was no “Fair Trade Federation” or “fair trade criteria.” We used our own principles to guide our work:


WITH THEIR NEPALI PARTNERS, A BUSINESS WAS BORN

Anchored by a shared vision with Nepali partners (many of whom were women), we established a foundation for our business that found success despite skepticism, political uncertainty, and economic recession. In the early 1990s we were thrilled to become founding members of the newly formed Fair Trade Federation and join with others in the alternative trade movement to form a unified front.

Our commitment to trust and long term relationships led to a welcome outcome — extended family. Our son Cameron had the incredible opportunity to be raised alongside and learn from Nepali friends and their families. Our manager in Nepal, Chunta was at his birth and even came to help care for my mother after she had broken her leg in Nepal. Conversations with Nepali friends (and a lot of trekking) helped us recognize the need for, and lack of, basic rural healthcare and so in 2010 we built a clinic to provide medical help in an area that had none.  Our Nepali family, and their insight into barriers other than economic, then helped us launch a long term initiative to raise funds for children (with a focus on girls) who lacked access to education. Understanding that these issues closely allied with, but laid outside of, the mission of economic empowerment of Ganesh Himal Trading, in 2014, we created the non-profit Conscious Connections Foundation (CCF).

In 2015, CCF became instrumental in helping us organize around the disasters of two devastating earthquakes that were responsible for the loss of our clinic and 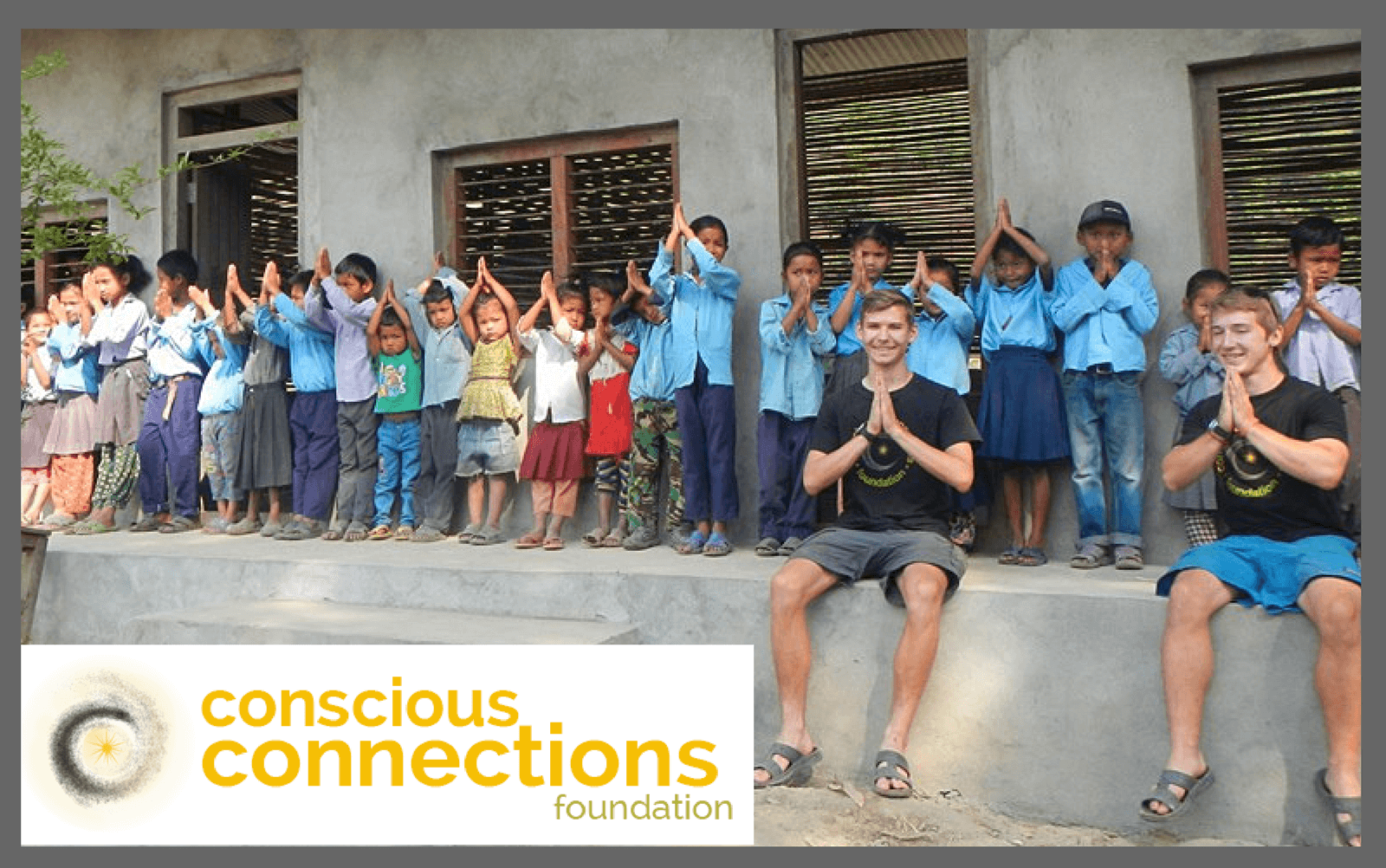 artisan homes and workshops.  With the valued support of retail stores and community members, we helped raise significant funds for our non-profit so that in the end the clinic was rebuilt, an artisan workshop constructed, homes were repaired, people were fed and livelihoods maintained. Our extended family in the US and in Nepal had woven even tighter bonds.

Through Conscious Connections Foundation, we are now helping build economically viable communities in Nepal by removing barriers to education for girls, facilitating skills development for women, and improving access to healthcare in rural areas. 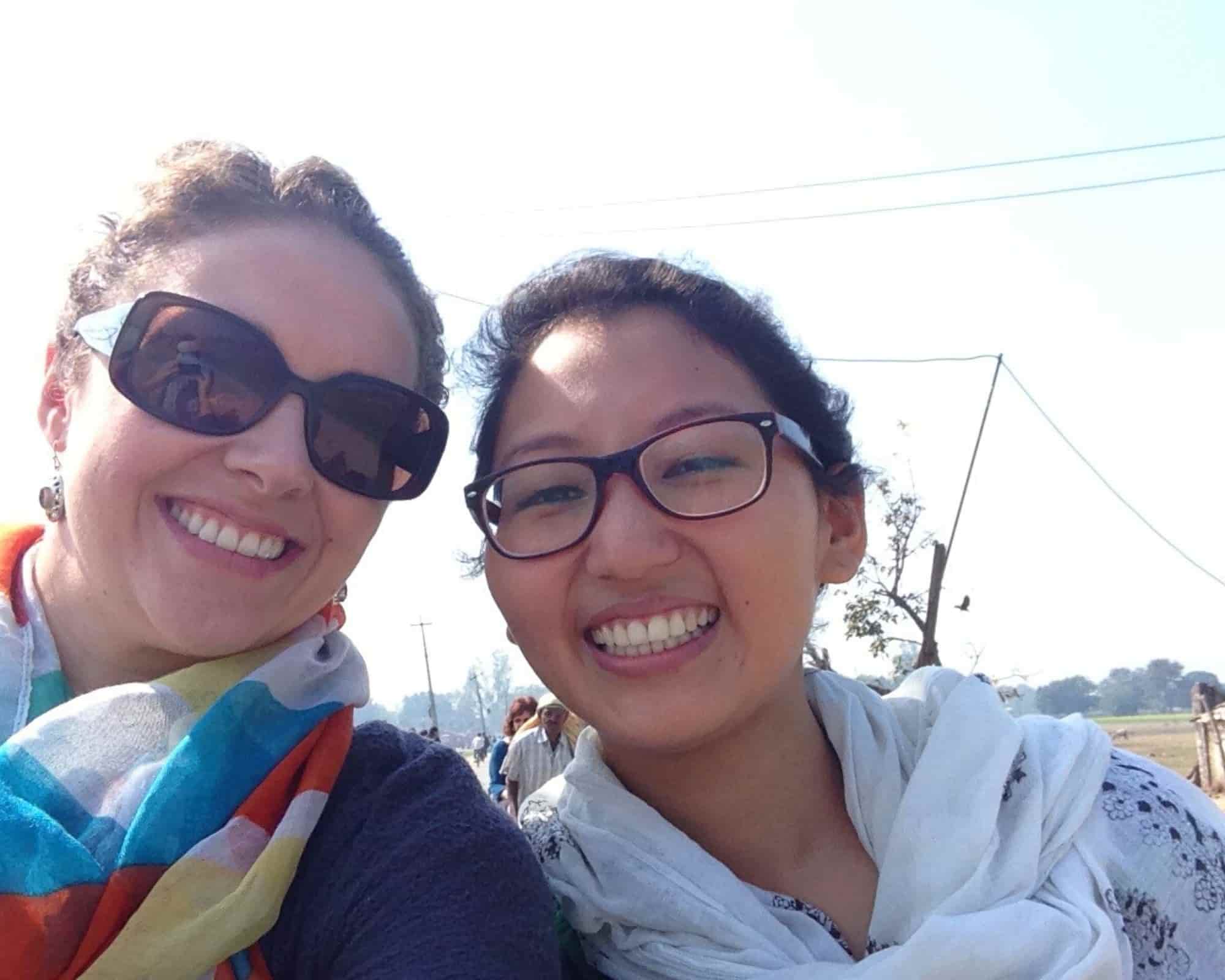 For over 35 years, we have supplied retail shops all across North America from our warehouse in Spokane, WA. Our small team in Spokane is mostly women, some of whom have been with the business over fifteen years, and have been pillars in developing and implementing Ganesh Himal’s vision for economic justice. With the addition of Austin Zimmerman, long-time Ganesh Himal employee, as co-owner in 2019, the exciting transition to a new generation has begun. Austin is joined by Nepali partners like Kesang Yudron and Sudha Maharjan whose parents started working with Ganesh Himal in 1985. Together this next generation can forge boldly ahead in the monumental effort toward building a more equitable world.

“It is an exciting time for people in Nepal as children grow up, understand their power, recognize the value of fair trade partnerships and take their parents’ place in the struggle for justice and equality.” — Denise Attwood

We believe that building long lasting relationships based on trust, dialogue and mutual respect is key to community building and helps move us toward a more equitable future.

Our partnerships are grounded in reciprocity. We work diligently to establish mutually beneficial relationships with our producers in Nepal by encouraging a balanced level of give and take. We work directly with producers as a team, expanding each other’s talents and ideas. We believe everyone’s insight and perspective is needed to create systems that address the changing nature of our world.

Striving for economic justice is where our business began. When Ganesh Himal Trading was established, we decided to seek out producer groups that worked with marginalized individuals (e.g. women and Tibetan refugees) so they could gain access to trading relationships for economic mobility. This has led to years of partnering with women producers to co-create a world where women have control over their money, are empowered to make their own decisions, and have a respected voice in all discussions. Overall, we believe that trade is interrelational